Yes boys and girls, it’s that time again!  Another installment of our kombucha diversiTEA series.  This one talks about the what many consider to be the grand daddy of all of the teas.  I’m talking about Black Tea.  This post will discuss the origins and history of black tea as well as the health benefits of black tea.

This should wet your appetite and then we will have another post on the applications of black tea and kombucha for another healthy session.  sound good? (or should I say, taste good?).

what is black tea

Black tea is made from the leaves of the Camellia sinensis plant. The leaves are dried and fermented, which gives the tea a darker color and richer flavor than green tea (which does not undergo the fermentation process).

ok, so there is that word fermentation again.  the last post already went over the difference between fermented tea in terms of loose leaf teas and fermented teas when we talk about kombucha.

BlackTeas.com chimes in with a great history of black tea:

The origin of tea brewing originated many thousands of years ago. The simple act of putting leaves into hot water has provided ancient societies with medicinal benefits, as well as a tasty beverage to enjoy by itself or with a meal.

Many attribute the discovery of tea to the Emperor Shen Nung, a Chinese ruler in the 2700s BC. A leaf accidentally dropped into a glass of hot water, or so the story goes, and tea brewing as we know it was born.

By the 1800s, tea had spread across the world, from China to Europe, and from there to a New World full of tea drinkers in the far west, where the Boston Tea Party and other events in American history show the power of tea in the marketplace.

Now keep in mind, before I started getkombucha.com I was working with an outstanding tea company and became bit of a tea dork/nerd/enthusiast so I freakin love this stuff (and I hope you do too)…

I mean, aside from health, tea has played such a big part in our history!  I probably would have paid more attention in middle school if more classes were about tea 🙂

Because of the way black tea is made, the finished product holds its flavor and potency well, making it a hot commodity for generations before our modern methods of food preservation.

The ancient tea sellers made black tea into compressed bricks and sent it on long journeys, trading it with foreign merchants for other materials. In some cases, black tea has even been used as a kind of currency, and over some parts of Asia, experts say, that persisted even into the 19th century. Black tea eventually made its way to the West, where today tea drinkers enjoy black tea in a variety of hot and iced specialty drinks.

what are the benefits of black tea

Black tea has tons of health benefits some are all on to itself and some are across the board no matter what type of tea you drink you will benefit from.

Livestrong wrote a nice article on this:

Drinkers who enjoy black tea regularly may benefit, especially if they already have cardiovascular disease. Because the theaflavins stop oxidation of LDL cholesterol, this effect helps to reduce the risk of heart disease.

Drinking black tea may help heart attack patients by increasing their rate of survival following a heart attack.
Black tea improves the ability of the blood vessels in the body to relax and expand, thus helping consumers maintain a healthier blood pressure. Black tea also contains a molecule called a catechin, which produces nitric oxide, helping the blood vessels in the body to dilate.

You can also benefit with drinking black tea in other ways, like killing viruses!

Yes.. in fact if you ever get a touch ache or mouth sore you might have hear, “gargle with salt water”.. if you want to kick it up a notch for your health, gargle with salt black tea!  BOOM.

New research conducted at Pace University by Milton Schiffenbauer finds that drinking black tea can help to neutralize the virus that causes herpes. Researchers have known that black tea can render the germs that cause diarrhea, skin infections, pneumonia, cystitis and skin infections.
Tea drinkers can kill viruses lurking in their mouths. 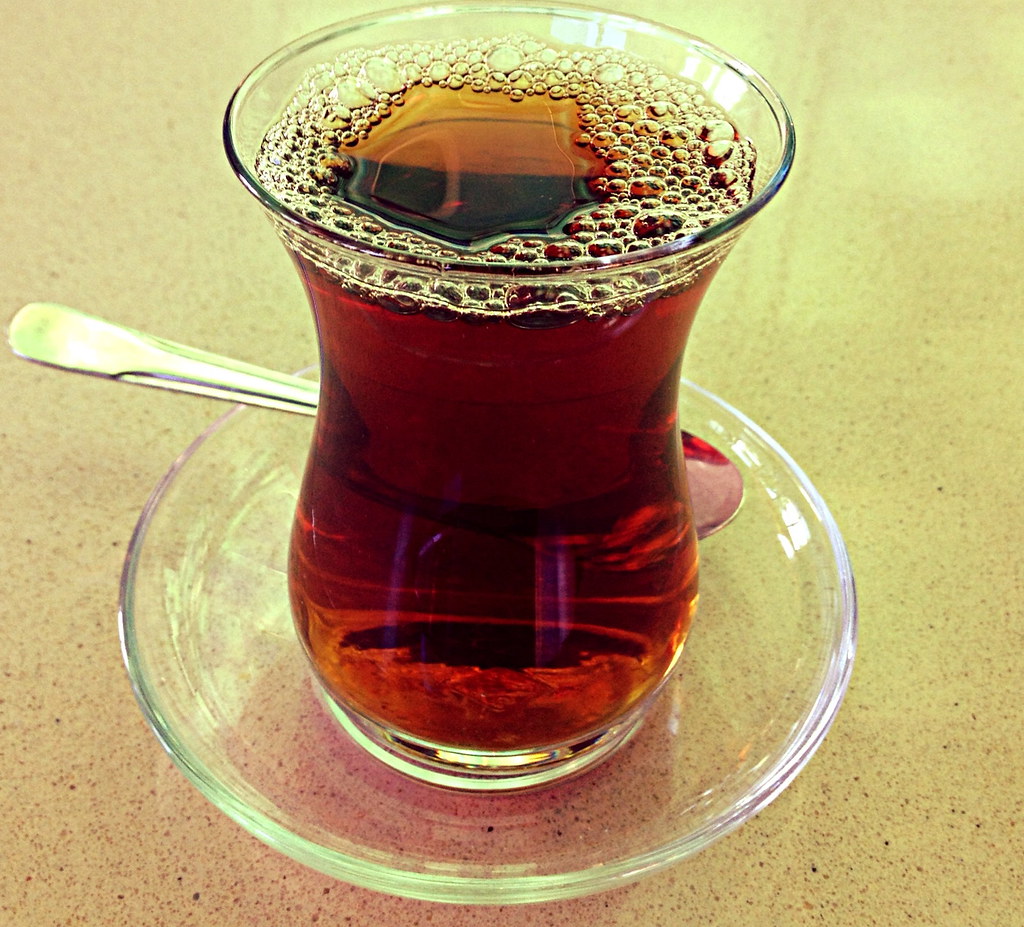 ok, so how are the health benefits of black tea different than green (or white)?  well here’s the thing.  they are different AND they are ALL GOOD FOR YOU!

Until recently, tea research has focused on green tea. Green tea is loaded with the compound epigallocatechin gallate (EGCg), a powerful anti-oxidant. Since the fermentation process used to make black tea converts EGCg into other compounds, researchers assumed black tea had less health benefits than green tea. However, recent studies indicate the compounds contained in black tea – theaflavins and thearubigens – do more than contribute to its dark color and distinctive flavor. They also provide health benefits originally attributed solely to green tea.

So although studies are limited in terms of comparing one to the other, there have been some interesting health studies out there…

A long-term study by the Netherlands National Institute of Public Health and the Environment found a correlation between regular consumption of black tea and reduced risk of stroke. Researchers looked at data from a study examining the health benefits of foods that are high in flavonoids – phytonutrients with antioxidant benefits. While some of the flavonoids were obtained from fruits and vegetables,

eventy percent came from black tea.The study looked at 552 men over a 15 year period. Researchers concluded that the flavonoids in black tea helped reduce the production of LDL – the “bad” cholesterol that can lead to stroke and heart attacks. Furthermore, men who drank over four cups of black tea per day had a significantly lower risk of stroke than men who drank only two to three cu

A separate study by Dr. Joseph Vita at Boston’s School of Medicine supported these results. For four months, sixty-six men drank four cups of either black tea or a placebo daily. Dr. Vita concluded that drinking black tea can help reverse an abnormal functioning of the blood vessels that can contribute to stroke or heart attack. Furthermore, improvement in the functioning of the blood vessels was visible within two hours of drinking just one cup of black tea.

In another post we will talk about the health benefits of black tea for kombucha fermentation.  It’s pretty, pretty, pretty, amazing stuff…. uh, but then again I am a tea dork/nerd. 🙂

Finally I would like to leave you with a video that I really enjoy on how to prepare Black Tea.  There are tons, but this is one of my favorites!